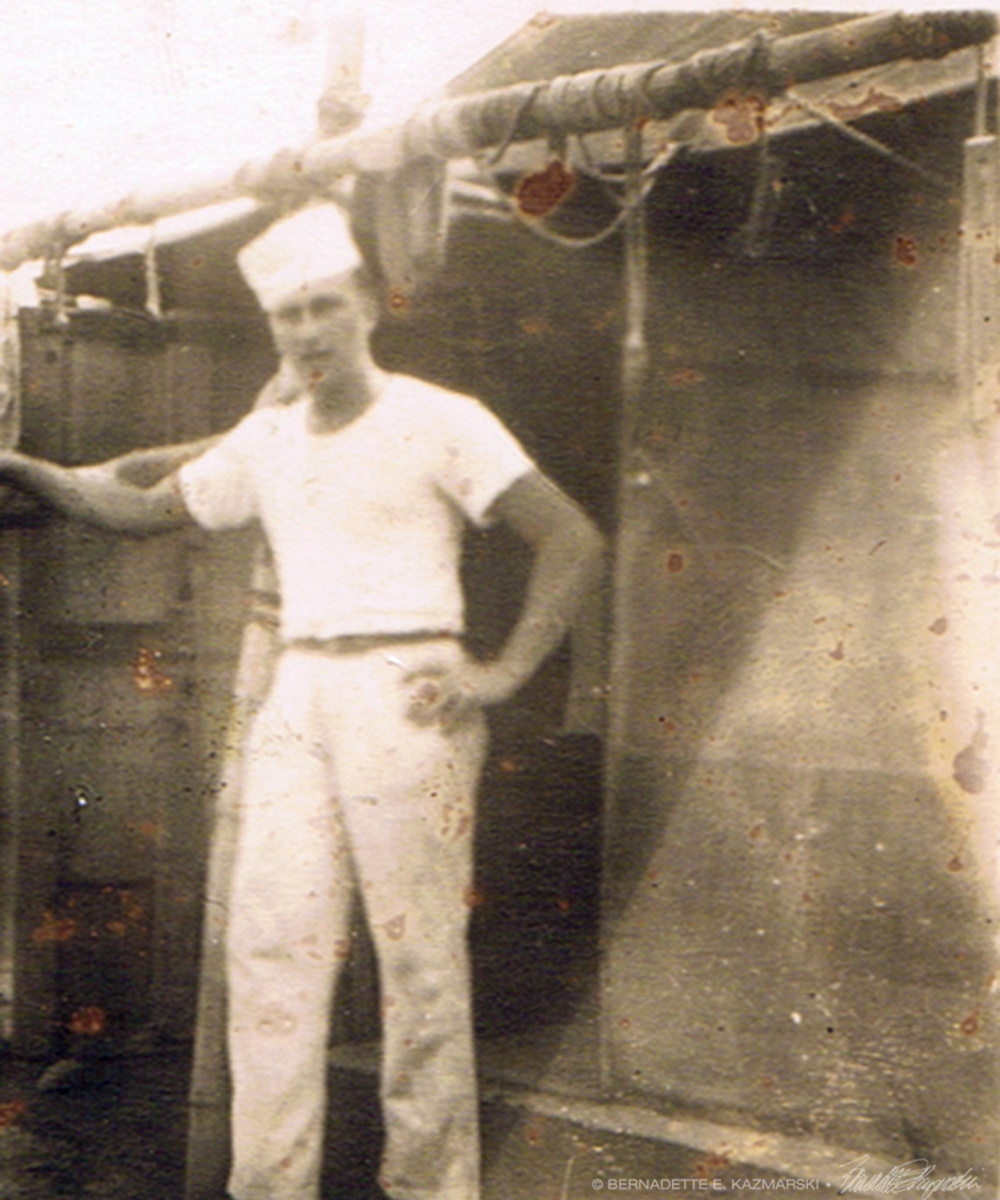 My father and I were in the kitchen of the house where I grew up one morning in 1987, having a nice conversation. This was not a typical event because I’d never had a substantial conversation with my father before that, nothing more than one-word answers or brief sentences.

I don’t remember exactly what we talked about, but I think it was just chit chat, something about the weather, maybe a news story or something. Winter morning sun streamed through the windows over the table and in the back door and diffused through the white sheers on the dining room window in the tiny ranch house as we stood there exchanging words. He spoke with some animation, responding to what I’d said, asking questions of what I thought about something.

I was 25 and don’t remember ever hearing his natural conversational voice aside from the subdued, minimal answers he gave to questions and occasional brief comments. Just a year before he had injured himself in the small bakery where he worked, a very unusual circumstance for all the years since his childhood working in the family bakery, through service in WWII and then in other family and otherwise small bakeries after the war to that point. He was treated for the injury to his hand but the wise emergency room doctors and nurses had noticed some respiratory and cognitive issues. He was diagnosed with lung cancer the day before the Challenger shuttle broke up over the watching nation of students and teachers and citizens, and I think I cried hard for that tragedy in large part because the shock of the diagnosis had just begun to wear off. The mass was right at the point where his lungs separated from his trachea and impacted both lungs. The surgery was long and difficult, but when he was healing well physically and was not returning to a full mental state they realized his cognitive issues may not have been entirely due to the cancer.

After tests and trials of a few medications doctors determined he had parkinsonism or Parkinson Syndrome, evidencing the symptoms of Parkinson’s disease like the fixed, unblinking gaze, shuffling gait, rigidity and slow movements. The cause is usually unknown but is usually induced by certain drugs or environmental toxins, head trauma or brain damage. The doctors traced it back to a nearly fatal malarial fever my father had had while serving in India in the Asian-Pacific theater of WWII that likely caused mild brain damage at the time, but may have unknowingly caused enough damage in the right areas that he slowly produced progressively less dopamine and more symptoms over a period of decades. This concurred with what others had seen—one of his Army buddies visiting said he’d never been the same after he was sick.

By the time I remember him he was the silent, stone-faced person at the dinner table, or driving the car, or sleeping on the couch before he went to work in the bakery in the middle of the night, the person holding me in the photo.

Apparently the current medications and treatments were somewhat effective considering his comparative ease of movement and his conversational ability. The conversation continued for a while and then he left the kitchen to talk to my mother who was in my old bedroom at her vanity getting ready to leave the house.

I didn’t hear my mother’s response.

My mother was getting ready to leave the house because my father was going to the hospital for tests and observation and I was there to drive them and help them through admissions. The medications and treatments had indeed loosened up his body enabling him to move and speak as he hadn’t in years, but it wasn’t consistent. His mind was quickly becoming fragmented and he was developing frequent pneumonia and had also had prostate surgery. Because he hadn’t driven since his surgery I had arrived at the house in the morning ready to take them to many appointments during the previous year.

My father would not return from this one. After an extended hospital stay it was determined that skilled nursing care was necessary to manage all his conditions.

I was the youngest. I was the first family member my father “forgot” as his mind marched backward in time through the next four years and he seemed to relive his life in reverse, slipped deeper into dementia, and lost speech entirely along with any control over his body.

Even though my father had no idea who I was, the person he was in that moment found that I was a nice person. I’ll take that. I’d discovered with my mother under medical circumstances that the person underneath the mask of lifelong undiagnosed issues sometimes surfaces with great clarity at odd moments. I got to see for just a moment who that relaxed, broadly smiling person was in a photo I found in my brother’s baby book taken just four years earlier than the still-faced photo of him holding me.  And I found out where my deep dimples came from.

How many other families also lost a family member slowly over decades after military service? Some conditions are recognized for long-standing emotional aftereffects, like PTSD, and some for physical aftereffects, like Agent Orange and other chemical pollutants service members encountered during service. How many other children wondered who this person was, how many spouses wondered who was the person who came back, or who changed fundamentally years later?

On Memorial Day I listen to the stories of others whose loved one died in service, that horrible reality. I also remember my father whose life was fundamentally changed, and the aftereffects on the group of us, my mother, sister and brother, whose lives were very different from what they would have been otherwise.

Read an essay about the photo of that smiling man, Father’s Day.