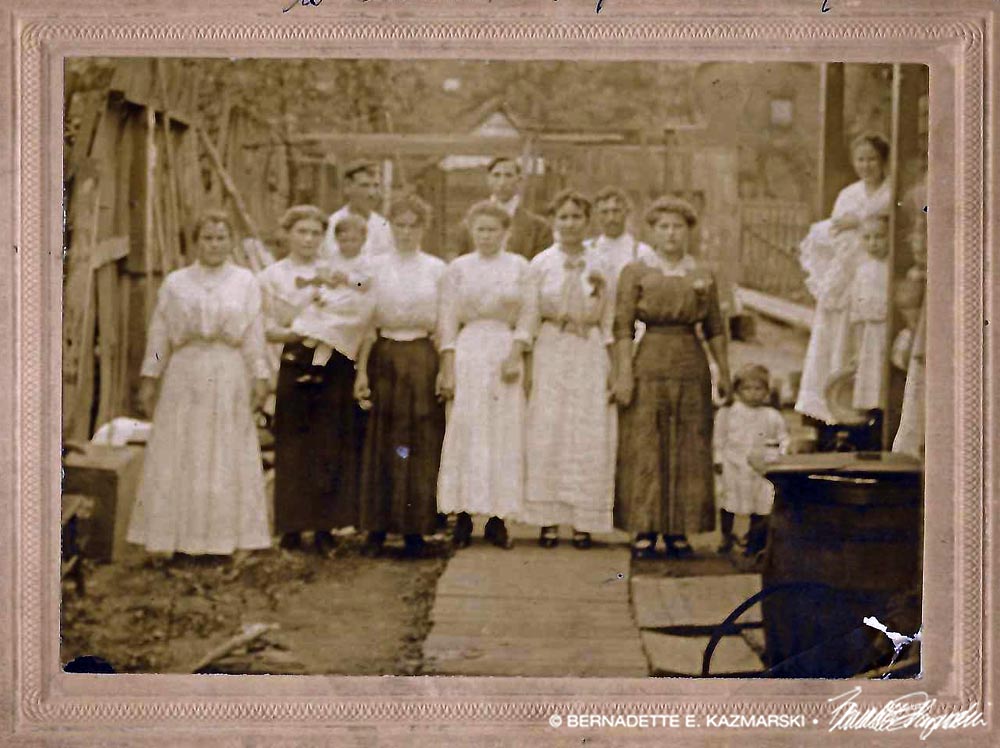 In 1910 my mother’s mother, Paraskewia Swentkowsky, emigrated to America from what was then called Ukraine. She came from a village near Lviv, in an area that in any given minute in that era between Czarist Russia and WWI could have been ruled by the Russians, Poles, Hungarians, Austrians or Germans.

If not for the courage of that young teenager sent over here for a better life than what that turbulent country in that violent era could offer, I, or some version of me, might be in the midst of a Russian invasion right now. That is, if we had all survived being in the stomping ground in WWI, starved and slaughtered by Stalin before WWII, being stomped on again during WWII, and living imprisoned in the USSR until the early 90s when the country broke up and Ukraine finally became an independent country.

She had lost both parents and as an orphan been moved around from one relative to another on the small plots of land they farmed. As a young teenager someone packed her off to the land of opportunity, alone, to meet up with a few relatives who had already emigrated. I know nothing of her life before she emigrated aside from that legend, and nothing of her journey, except that she had had her long blonde hair shaved off at Ellis Island because of lice, and it grew back in strawberry blonde. That was apparently a more interesting detail to my mother than how a 13-year-old got from New York to Carnegie, PA to join up with distant relatives and start a new life, not speaking English, with no education, and probably very few skills that matched with jobs in this land so very different from the one she’d left.

But she did, and lived as full a life as one could live in America in the aftermath of WWI, the Roaring 20s, the Great Depression, WWII, and the Happy Days of the 1950s. She died when I was very young so I never got to know her or hear her stories.

But I know that Ukrainians, and Poles, the other side of my family, having lived through generational traumas of wars and famines for centuries, are strong and determined people, and have fought for their independence as individuals and as nation every time the invading force looked away for a moment. As they watched this act of war become a reality, they could have looked at the overwhelming monster coming to stomp on them and either run away or capitulated, but they did not. This act of war will not end well for anyone, but my bet is that the Ukrainians, especially with the support promised by the rest of the world, will have their freedom, and their country, at the end.

One Reply to “Strength and Independence”