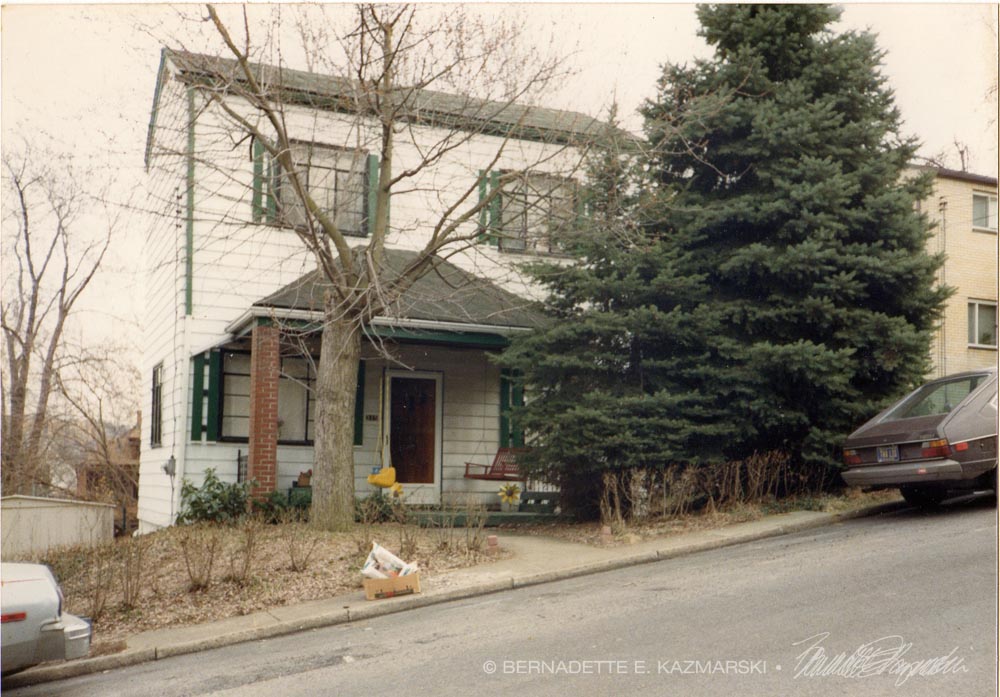 Twenty-eight years ago today I signed the mortgage on my home and got the keys, came back and stood on the front porch completely surprised it had actually happened.

Single women in their late 20s didn’t buy houses too often in the late 80s, especially not fixer-uppers. I was regularly asked where my husband was, what he thought and why I didn’t wait until I had one. I was also told, literally told, that I didn’t want a “house” because I was a girl and it would be so much easier to buy a condo because then there would be someone around to fix things and take care of the yardwork–I might not know what I was getting into and I should be careful.

I chose this house specifically because it was a fixer-upper, so I could turn it into what I wanted without having to pay for a bunch of things other people thought were improvements, like new wall-to-wall carpet and fresh paint. I never cared for wall-to-wall, and I can apply my own paint, thank you. And I’d been taking care of my parent’s house for years, inside and out, and rented a house for five years where I learned all the ways an old house needs love.

That house was due to be updated by the owners and I had to move out. Rent was so expensive in the late 80s and felt like a waste of money when a mortgage payment was less for more. I also had six rescued cats and wasn’t about to give up any of them for anyone’s lease. In fact, I wasn’t going to have anyone tell me how I was going to live. I’d paid my way through college, always worked full-time plus at least one part-time job, paid off my parents’ mortgage, paid to put my father in a nursing home, bought my mother a car, I didn’t feel I could continue with my master’s and any other degrees so I was at least going to have a house.

I had a savings and was easily approved for an FHA loan for no more than $30,000, and after looking for several months and finding a realtor who actually helped me look for the house I wanted instead of one more expensive because “you’ll be making more in a few years” or “you’ll get married and be able to sell”, I looked at just a few serious, good houses and found this one, and knew this was it. The house was small, but I walked into the back yard with all the trees around and the deck and felt right at home. The seller just didn’t know it yet, and still wanted $39,000.

A few weeks after I’d seen it I drove my mother to see it. As we drove up the street I saw fire trucks and people milling in the street. “I think that’s near the house,” I said. “In fact, it’s at the house!” The owners had moved out nearly a year before and the tile in the basement was picking up so the realtor had advised removing it and painting the floor because it looked bad and wasn’t going to stick anyway. The man attempted lifting up the glue with gasoline, with the hot water tank still lit. He survived with serious burns to his hands, and the house survived too. He quickly agreed to my offer. I spent some time with FHA issues like lead paint and leaks, but it was nothing I couldn’t handle. The basement was professionally cleaned and repaired and there was a brand new coat of plain white paint on the walls for the smoke damage.

I spent my first year or so undoing some of his other good ideas, like the gray smoke warped and stained wallboard and amber light fixtures in the bathroom, and the metal casement windows that had been painted and sealed shut with homemade plexiglas storm windows that completely covered the window openings and bolted to the wall. Between that and the unkempt back yard, I knew these people seriously did not want the outdoors to come in. I tossed open all the windows and doors when I’d been working on the FHA compliance and let the air inside.

I have heard by anecdote and small bits of proof that this little place was originally a two-story addition to another house on the corner. My realtor had told me this, a few older neighbors, and a customer service rep a the electric company who had grown up across the fence from this house. He was very young when they built the foundation and took the two-story sunroom off the wood-sided mansard-roofed Victorian on the corner and set this house on it; there is a two-story porch there now that is exactly the size of my house. My house is 15 ft x 22 ft, the joists run the short way as if they had attached to a house, it was clearly two rooms up and down because the walls don’t match upstairs and downstairs, and the pipes go up to the bathroom in a square bump-out in the corner of the kitchen. The roof does not have a soffit and fascia. The back wall sags a bit, and I presume that was the side attached to the house.

It was intended to be a starter home, inexpensive, easy for me to do a few repairs myself to save money, then pay for a few updates then sell it for a larger house where I could stay and run my business and do my artwork. I guessed I’d be here about 10 years. But the stress on my hands from all the fixups I did early on worsened the tendonitis and other damage in my hands from setting type and working on computers, and I decided to turn toward my art career instead.

My mortgage was sold through three corrupt mortgage companies from 2003 to 2009 and it’s been difficult to keep up with their bizarre requirements. I’ve been involved in a class action suit as well as gone to court and had several modifications. Finally in 2014 I was moved to a very nice mortgage company who lowered my payment as soon as possible, then offered me a settlement after reviewing my history with the other companies, and I managed to pay it off two years go.

Here’s the first photo I saw, and what my house looked like the year before I bought it. We’ve come a long way.