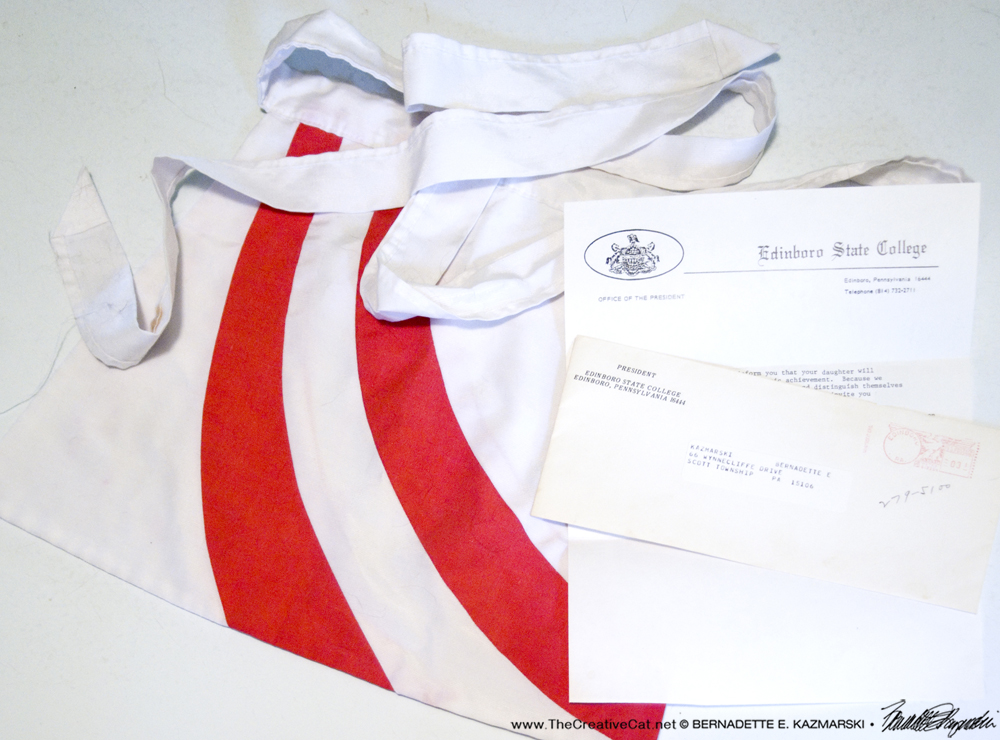 When I was a senior in high school I began my first full-time job as a cook at a local deli, Isaly’s in Pittsburgh. Working part-time nights and weekends until graduation I trained in the day cook’s position of opening the kitchen at 6:00 am to cook the lunch entrée and heat up the soups, open the doors of the shop at 7:00 am for the first customers wanting coffee and a pastry or a brown bag lunch to go, serve meals and beverages and offer counter help at all the stations as needed, plan the weekly lunch specials and soups and order accordingly, also using leftovers, with as little waste as possible, keeping the kitchen and walk-in freezer clean, and deep frying 50 pounds of fish every Friday for a community that still observed this particular weekly fasting menu. Whew!

For this I was paid my full-time wage of $3.50 per hour for all the hours I worked and was an apprentice member of the Hotel, Motel, Bar and Club Workers’ Union, a subsidiary of the United Food and Commercial Workers’ Union, which ensured that my employer gave me what he’d promised—a reasonable schedule for a high school student, maintaining the hours and wages agreed upon, full training for the job I would undertake, and the ability to question or file complaint if anything didn’t meet the standards we’d discussed when I was hired. In addition, the union as well as the shop oversaw my performance, that I learned what I needed to and worked as expected. I guess I did because when I graduated in June the day cook could finally retire as I undertook her 40 hours of weekly duties and also became a full union member, and received full health and life insurance benefits, guaranteed raises and vacation, pension, plus all other union benefits of assistance with further training in my field and the ability to file grievance if I felt one was necessary, and my employer could also appeal to the union if they felt my performance wasn’t adequate.

It was 1979, minimum wage in Pennsylvania was $2.90 per hour. Using the US government’s Bureau of Labor Statistics calculator for wages and inflation, my full-time wages of $3.50 per hour today translate to $11.26 per hour. My 1979 annual salary of $7,280.00 translates today to $23,423.95. Out of my wages I paid $20.00 monthly union dues, but all the rest after taxes was mine, and with that amount of income I could have moved out of my parents’ house into my own place and started my life as an adult, purchased my own clothes, food and necessities, bought a car and other commodities, and even managed to save a portion of it for retirement, a house, vacation, or even investment. In other words, I could live independently on the salary from a fairly unskilled job with training right out of high school. There were other, better jobs as well that required more effort and paid better, I had my choice. In my little spot in the world, nearly everyone was a union member, and a choice such as this had begun many a life-long career that raised many families, bought many houses, paid for millions of college educations and built the strongest economy in the world.

What I decided to do with that money was invest in my college education. At the same time that I’d applied for the job at Isaly’s I’d also applied, very late, to a state college, urged on by my high school guidance counselor, and been accepted; I’m not sure, but I think I took my SATs when I applied and got my results just in time. While there were, and still are, a dozen viable colleges and universities in Pittsburgh as well as dozens more trade schools and even other union apprenticeships where I could have attended while living at home, my guidance counselor gently pointed me to Edinboro State College, close enough to be easy to get to and full of students from Pittsburgh but far enough that I would have to live there, because they had a good art program and I could also have the option of a teaching degree with their long history as one of the state’s oldest teachers’ colleges. I didn’t have terribly good grades or SAT scores and no distinguishing activities at all aside from the fact I’d always been praised by teachers for my art and writing, but the school wanted students, and also had the lowest tuition of all the colleges in the Pennsylvania state college system at the time. It was perfect for me, beginner that I was.

My parents wavered between ignoring the idea and disdain at the idea I wanted to go to college. My father, we learned a few years later, had Parkinson’s disease, never said much and reactions were barely detectable, but my mother laughed and said I could try this but I’d probably come right back home; I was a minor so they signed my application at least. I don’t remember the reaction when I received my acceptance letter, probably because I’d rather not remember, but my mother was further angered when, while I’d dutifully signed over all other income from part-time jobs and even grass-cutting from the age of 14, I went to one of the banks on Main Street in Carnegie and opened a bank account, depositing my paychecks and learning from the teller how to manage the register and write checks. I actually didn’t think about the impact on my mother, it just made sense.

I paid my fees to the college, bought myself a set of luggage, some clothes, a winter coat and boots for life in what I heard was the “snow belt”, and a backpack, which seemed to be de rigueur for all college students and kept all the rest of the money in the bank. My parents filled out my financial aid forms, though after my first semester I declared myself independent of them and completed them myself. My boyfriend drove me up for Initiation Day just before he left for Air Force boot camp, and I told my employer about my change of plans.

Through the rest of the summer I worked and trained my replacement. On the day I left for college my mother stayed in bed while I piled all my stuff into the back seat of my father’s olive-green Impala and he drove me up, dropped me off, gave me the only hug I remember in all my life, and went back home. After attending four years, including summers, working five or six part-time jobs on and off campus the entire time, taking the bus home only for occasional holidays, making a fair number of misguided mistakes as well as good decisions, I graduated with 178 credits out of a necessary 120 to graduate, only $700 in student loan debt and a BA in English, but I learned much more than grammar and a love of Shakespeare.

The world had changed dramatically during those four years as the steel industry and most of the economy in Pittsburgh had totally collapsed. Within years jobs like the one I’d had at Isaly’s no longer existed, and unskilled beginning jobs were non-union, often taken up by unemployed adults, and wages stagnated. For nearly a decade all jobs were uncertain, layoffs were common—I was laid off four times in my first three years out of college—and population dropped as people left for jobs elsewhere until Pittsburgh found its feet again, in education, health care, and hi-tech development and manufacturing.

I didn’t have the chance to go on with the education I’d planned, to teach English and comparative arts at the college level and become an artist and writer in my own right; soon after I’d graduated my father injured himself at his lifetime occupation as a baker in small family bakeries, was diagnosed with lung cancer and Parkinson’s disease and both parents needed assistance of all sorts. I worked any job I could find and began freelancing even then, and by the time my parents’ situation had stabilized with my father in a nursing home and my mother settled in the house but with a car and a drivers’ license, I had some debt to remove and, after a lot of deliberation, decided not to return to school but to try to make a career out of what I could do already. After many twists and turns both in and out of my field, I ended up being a typesetter for nearly 20 years as well as installing ceiling fans for cash and decorating malls and painting signs and all else I could make out of what I’d learned in college and afterward, here I am, self-employed as an artist and writer, and now and then I get to teach something.

As a young person I was able to begin the course of my adult life by choosing between a skilled job at a living wage or a college education and what that could bring me later. The minimum wage (or even the 1979 server wage of $1.81 per hour plus tips) and slightly higher wage for skilled labor were each living wages and I could either start my career right then or work my way through college because my wages could sustain those choices.

I won’t bemoan the opportunities that are no longer available. The world changes as time passes, and hopefully the changes bring not only different but better opportunities, the things to which we are accustomed are replaced with things that make our lives better and easier, education matches the needs of society and its work force. But the days of working your way through college with a bunch of part-time jobs, or being able to live independently right out of high school, are so far out of reach it must seem to most people that there really are no choices, and no place to go. I was glad for the choice of an unskilled career job that enabled me to learn true independence, save money, and help me set sail, and I’m also glad for the college degree I could afford and without which I would have ended up living in my parents’ basement for the following decades. Today, I would not have the choices I had 34 years ago, and would certainly not have had the courage to make the decision I did to go to a four-year college and see what happened. How can you look forward to your life when your future seems out of reach and unaffordable? What do determined dreamers like me do? I’m not sure, but we need to find a place in the labors of our society for everyone.