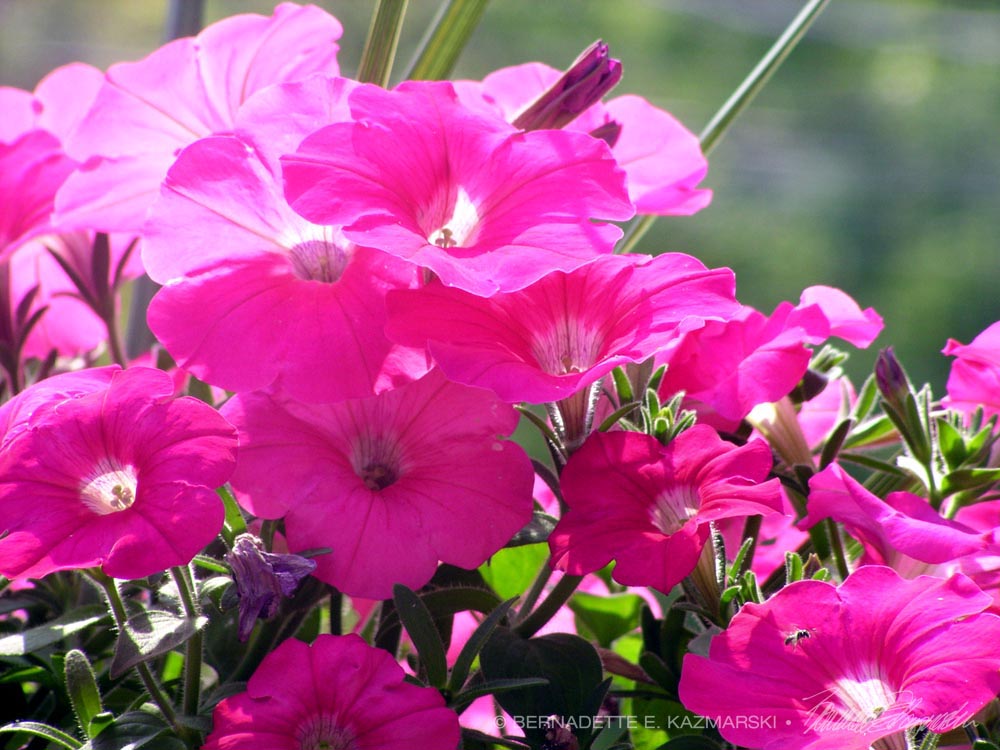 I always had a difficult time finding an adequate Mother’s Day Gift for my mother, but at one point settled on purchasing a couple flats of flowers and planting them in her yard. I did this for nearly 20 years, also starting seeds for flowers she liked that I couldn’t find, like hollyhocks. Though my style goes for the wildlife habitat and naturally shaped areas of wildflowers and trees, my mother’s yard was carefully sculpted with edged flower beds and shaped shrubs—I know because I was the one who did all the trimming—and she never failed to sneer and ask if I wasn’t going to clean up around here when she visited, we could agree on the riot of color of impatiens, petunias, geraniums and marigolds along with the occasional verbena, alyssum and other annual bedding plants.

The flower solution was more than an answer to a predicament; it reached much deeper than that. To say my mother and I didn’t get along well is a simplification, in fact an affront, to a much deeper issue. My mother lived behind a wall of serious clinical depression, and when I was born she developed most likely a deep post-natal depression that went on for more than a year and had a negative physical effect on her too, changing her body as well as her mind for that period of time. Though she recovered from this, lost the weight and regained her self esteem she had lasting medical and physical issues for the rest of her life. A part of her always seemed to hold me to blame for that awful time in her life and the changes in her body, I could see it in her eyes every time she looked at me. She kept her distance from me, treated me differently, denied things to me and even into her days of dementia she still berated me for imagined things I’d done, never thanking me for the things I actually had done, except for one brief time in all her illnesses she really was weak enough to let the wall down.

I learned some of the explanations for this through paperwork I’d found in her house when I sold it and which I still have, finding at least partial answers to many questions regarding both my mother and my father and their actions. At some point years ago I realized depression was the issue and instead of arguing and rebelling I just decided I’d get the heck out of there when I could. I sent myself to college, and it was the break I needed.

As the youngest I was always on hand until college, and in feeling I was responsible for my mother’s happiness I became her caretaker and in one capacity or another I maintained that role for all the rest of my mother’s life, through my father’s lung cancer and Parkinson’s disease, her many surgeries and medical treatments and nursing her to health afterward, actually teaching her to drive and buying her a car when I was totally unwilling to be a taxi service, pursuing the diagnosis of her lung cancer, and shepherding her through surgery, near death, recovery, home care, personal care and skilled nursing.

But I always knew, trapped behind that wall, was a person just like me. Years ago I had begun slipping behind that wall myself and understood the perspective from that place, but I was lucky to have escaped and managed it through my adult life. Though patience and understanding wore thin and there were times I avoided my mother altogether, I would do anything to see she had what she needed.

And she needed flowers. I could do that.

The night she died I wrote a poem about her. Read, About My Mother.

I’ve written other essays about my mother, read them here.