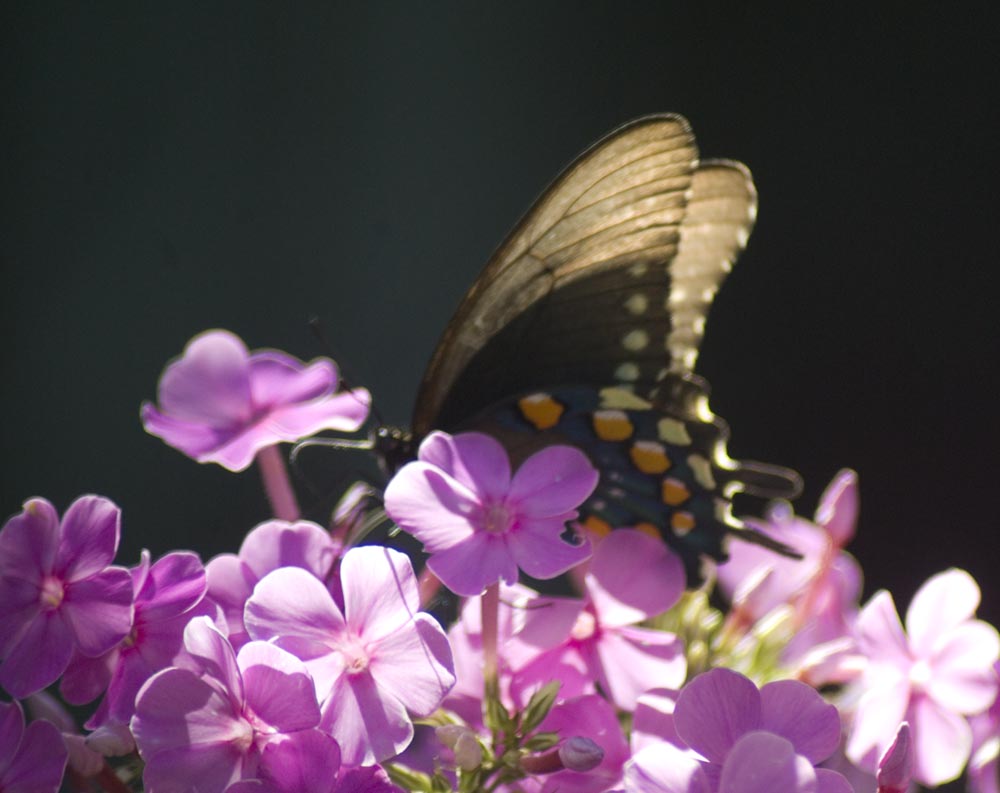 I was in K-Mart the other day, just a quick run for a fan they had on sale, one item, intentionally going near closing time so I’d be in and out. I walked in the store and stopped to get my bearings, trying to remember the department the fans would be in and the quickest way to get there.

I walked right into the thick of sleeveless summer tops in gingham with white collars, striped tank tops, colorful crinkle cotton capri pants with an elastic waistband in the women’s clothing department right by the front door. Without taking a step toward them I assessed the style, the quality and the size, and my eye wandered over it all, putting outfits together for my mother.

Though she died in 2011, I still catch myself subconsciously shopping for her as I did for most of the decade she lived at home or in personal care after her lung cancer surgery, often too ill or unwilling to go out. I would take her shopping seasonally when she felt well enough, or we would stop at one store or another after a doctor appointment. Most of the time, though I am not a frequent shopper, I would pick up things for her as I saw them in my own shopping trips, like this one to K-Mart, drawn to a rack of clothes tailored a particular way. “Wow,” I still think to myself, “Mom would love that,” even if I walked nowhere near the clothes.

I knew my mother’s taste, very different from my own flowered skirts and bright colors and my inability to wear white or even solid colors for they’d quickly have some art materials or house paint or grass stains. My mother could wear all white without a spot, and preferred pants and more fitted and somewhat tailored clothes, kind of a business casual, sometimes with a bright accent color thrown in for effect. Even with fewer choices while living in personal care, her outfit would be just so, the hem on her capris rolled into a tiny cuff, the white collar on her orange and white gingham top standing up just a bit, and a white cardigan sweater draped just casually her shoulders, arms swinging free.

But when I visited she would not be wearing the outfit I had purchased, often in more than one size in case the first choice didn’t fit. There was always something wrong with the clothes I chose and took to her with such excitement. “Mom, look what I found!” just as I had done all through childhood with rocks and bugs and feathers and flowers and, of course, kittens.

Instead, I returned the things I’d bought, capris, tops, cardigans, socks, underwear, there was always something just not right about them. Or she would accept an item, then later tell me it wasn’t right, after I’d taken off all the tags and written her name inside the collar or waistband so that it would be identified if it ended up in the laundry, and couldn’t be returned. Yet I would often find her in a similar outfit that someone else had kindly purchased for her, one of the care workers who especially liked her.

However it happened, at least she had new clothes, and I would do my best to reimburse the person who’d bought them because often they refused. I had ideas but never figured out why the things I brought just weren’t right, and I don’t think my mother did either, though I think we both knew it didn’t have much to do with the clothes themselves. I tried to give my mother more than clothes, and she didn’t readily accept that either, yet I was the one she had turned to, even when I was a child. Through the years, the only gift I found that suited her was to purchase a flat of flowers and plant them for her for Mother’s Day each year.

Where the clothes were concerned, even though I knew she would likely decide the clothes didn’t suit her, I still bought them, and we would go through the same little drama each time. I simply could not go without making the effort; at the time I whined whenever I got the chance, but now, for the most part, I’ve forgotten the drama and only remember the excitement of finding something I thought she would like.

And here I am today, still putting outfits together for her. Still trying to please my mother? I think it had just become a habit, and somehow, even though she rarely accepted any of these findings from me, I knew underneath her difficult exterior she liked what I’d bought but found things hard to accept. As time went on and her eyesight gave in to macular degeneration and she could not see the stains and wear on her favorite clothes, she still dressed the same, or thought she did. The aides at the places she lived made sure to cajole her to wear something else when they knew we were going out.

My mother’s birthday is July 7, born in 1925. We often celebrated her birthday when we celebrated July 4, with a big cookout on her beloved in-ground gas grill and later watch the fireworks. We lived at the top of a hill and could see not only our own municipal fireworks from the park below but also other displays from many other communities around us. People would often come to our street to watch the fireworks, and cars would stop on the interstate on the other side of the valley to watch the display as well, and each year we would remark on how many cars we could see pulled over onto the berm to watch and how unfair it was as cars with flashing red and blue lights would move in and make them disperse.

On my way home from K-Mart, I drove that stretch of interstate and saw the fireworks display in progress, and I was one of those cars who pulled over. I’m not so interested in fireworks, but they added a grand finale to a day of memories.

My mother would have been 93 today, July 7, and we often celebrated her birthday along with the 4th of July.

The day was quiet and for some reason full of memories and contemplation as I worked in my garden and yard, and seeing a butterfly, which I’ve always associated with the spirits of loved ones, was not a surprise in those circumstances. Continuing the day to the clothing and the fireworks, I realized the butterfly, at least to me, represented my mother, who wore a cloak of personality to protect herself from perceived dangers, including me. I have my ideas why, but I am glad she is finally where she doesn’t need to protect herself anymore.

2 Replies to “Cloaking, Clothing and Fireworks”